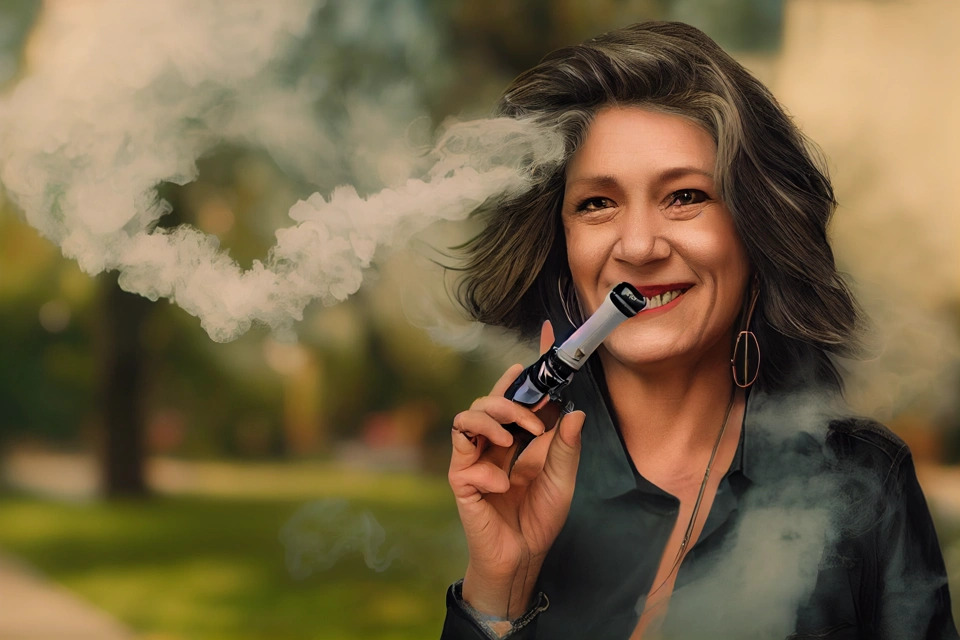 What is Sub Ohm Vaping?

What is Sub Ohm Vaping?

The current holy grail for vapers is unquestionably sub-ohm vaping, also referred to as sub-ohming. There are, however, still a number of misconceptions about it because of a lack of knowledge. Sub-ohm vaping, as well as how it functions, is unfamiliar to many newbies and even experienced vapers. So, to help you with any inquiries you might have, here is a detailed guide.

What does sub ohm mean in vaping?

Sub ohm vaping is just vaping with a coil that has less than an “ohm” of resistance. The electrical resistance unit known as an “ohm” measures the amount that a circuit resists the current’s flow. A 1-ohm coil would therefore resist the electricity flow two times as much as a 0.5-ohm coil if you had them in two circuits and sent the same amount of voltage down each one. When you cut the resistance in half, the current flows twice as much for the same voltage.

This explains why several vapers choose to utilize sub-ohm devices in a significant way. Under one ohm of resistance will permit more electricity to be delivered to your coil. This increases heat generation and e-juice vaporization. Vaping more e-juice is very beneficial if you want big clouds and even a vibrant, distinct flavor.

Even though the subject becomes a little more intricate, the following definition is still valid: Sub-ohm vaping involves using a coil (or several coils) with a combined resistance of lower than 1 ohm. You can create your own coils with just about any resistance you desire, and sub-ohm tanks frequently have coils with a resistance of 0.5 ohms or less.

Let’s try to comprehend why you might want to use sub-ohm vaping before we go into detail about what it is. The solution is actually quite straightforward: bigger clouds and better flavor. The main distinction between this form of vaping and conventional vaping is in terms of cloud size and flavor.

What is the difference between vaping and sub-ohm?

Sub-ohm vaping is very different from regular vaping. The differences between sub-ohm and conventional vaping will be discussed in this blog.

The primary distinction between sub-ohm vaping and traditional vaping is the ability to create substantial clouds. Most individuals are drawn to ohm vaping because of this. Some people use sub-ohm devices because they prefer more vapor. Sub-Ohm devices have lower resistance and require more power. These gadgets are entirely distinct from disposable ones.

The vaping liquid used in the sub-ohm atomizers typically contains less nicotine than that of a standard e-cig since there is significantly more vapor produced. For instance, sub-ohm e-juice typically has a higher concentration of vegetable glycerin (VG) and is either 6 mg or 3 mg in strength. Let’s dive deeper into the differences between sub-ohm and conventional vaping.

For new vapers, sub-Ohm gadgets are not recommended. These devices are difficult to use for inexperienced vapers due to their complexity. Regular vapers can easily handle the complexity of sub-ohm devices, so you can use them if you are one of them. On the other hand, because disposable vapes are simple to use, you should use them if you are a new vaper. They aren’t complicated in any way.

Is sub-ohm vaping worse for you?

Sub ohm vaping uses more power than standard vaping, and as a result, there are some safety issues. But don’t worry—sub-ohm vaping is completely safe—you just need to make certain that you have the proper tools.

The most important thing to keep in mind is that batteries may only reliably deliver a certain amount of current; if you require more current from your device’s battery, problems may arise. Manufacturers refer to this as the battery’s “highest continuous current,” but vapers frequently refer to it as the “amp limit.” If everything else fails, you can usually find the information you require by Google searching for “[your battery] maximum current,” which is readily available online and available in lists for your particular battery.

You won’t likely experience any problems, though, as long as you utilize a regulated mod (with variable wattage or voltage), particularly if it has an integrated battery. These devices have built-in safeguards to ensure that nothing bad happens. However, “mechanical” mods lack these safety mechanisms, and because of this, they are no longer typically advised.

What is the advantage of sub-ohm vaping?

We hope that this article has been useful in educating you about this new trend. For more educational content about vaping, browse our blog to read more articles and subscribe to our email newsletter.