The Facts About Switching from Smoking to Vaping

Is vaping safer than smoking? This is the question everyone wants to know the answer to, and although the lack of long-term evidence makes it a little difficult to be absolutely certain, there is a lot of evidence building up to support the conclusions of Public Health England and the Royal College of Physicians, who both looked at the evidence and said vaping is vastly safer than smoking. But what are the key facts about vaping vs. smoking? If you’re a smoker, will starting to vape help you quit smoking, and will it lead to improvements in your health? Here are the facts without the spin.

So what chemicals are present in smoke? There are around 7,000 chemicals present in smoke, and about 250 are known to be harmful, with 69 carcinogens among them. These include arsenic, benzo-a-pyrene, polycyclic aromatic hydrocarbons, acetaldehyde, formaldehyde, beryllium, tobacco-specific nitrosamines, carbon monoxide, lead, acetone and many others. For the question of the risks of vaping vs. smoking, the comparison with the chemicals in vapor looks damning, to say the least.

The most well-known summary of the research looking at the chemicals in vapor is Igor Burstyn’s “Peering through the mist” systematic review. This looked at both peer-reviewed and “grey” literature on the chemistry of e-cigarettes, and although it doesn’t offer direct comparisons with the quantities in smoke, it does provide a comprehensive look at the chemistry of e-cig vapor, and compares the levels of the chemicals to the amounts of them people are allowed to be exposed to in the workplace.

The review found that e-cigarette vapor, in addition to propylene glycol, vegetable glycerin, nicotine and food flavorings (the main ingredients of e-liquid), contains small quantities of tobacco-specific nitrosamines, acrolein, formaldehyde, pyrene, toluene, acetone, aluminium, cadmium, nickel and several other chemicals. The vast majority of these would only expose vapers to much less than 1 percent of the workplace limit.

For the issue of smoking vs. vaping, several individual studies have compared levels of chemicals in tobacco smoke with those in vapor. One famous example is a study that looked at 12 different brands of e-cigarette and found that while vapor did contain some toxic chemicals, the levels were between 9 and 450 times lower than in tobacco smoke, and often comparable to levels in a pharmaceutical nicotine inhaler. Other studies have found greater differences, such as levels of harmful and potentially harmful chemicals in vapor being 1,500 times lower than in smoke. For tobacco-specific nitrosamines (a group of carcinogens), levels are between 500 and 1,400 times lower than in cigarettes.

This is a lot of information to take in, but the key conclusion is simple: there are much fewer harmful chemicals in e-cigarette vapor than in cigarette smoke, and any that are present are in much lower quantities. If you were exposed to vaping-like levels of most of the detected chemicals at work, it wouldn’t be expected to pose a significant risk. The only possible exceptions to this are propylene glycol and vegetable glycerin, but neither of these is known to be harmful. For vaping vs. smoking in terms of chemistry, vaping wins hands-down.

Health Effects of Vaping vs. Smoking: What We Know

For vaping, the evidence on this type of health risk is quite limited, but there have been several studies which can give some insight into the vaping vs. smoking question. Two studies have looked at the impact of vaping on the heart and blood pressure, and both found either no impact from vaping or a much smaller effect than from smoking, although these were only over the short-term. Other studies have looked at the effect of vaping on the lungs, such as this one which found that vaping led to a decrease in exhaled nitric oxide levels and an increase in airway resistance. However, these changes were very small, and are unlikely to represent a genuine increase in real-world risk, and there were no changes in spirometry readings, which are the most widely-used lung function tests.

As with the chemistry studies, studies looking at the impact of vaping vs. smoking on humans suggest that vaping is much safer than smoking for the individual user.

The Unknowns and the Knowns

The biggest issue for determining the risks of vaping vs. smoking for health is that there are still some unknowns when it comes to the potential risks of vaping. But the key point is that the comparison is between the unknown – but probably minimal – risks of vaping and the well-established and very serious health impacts of smoking. The choice is between something possibly a little bit bad and something definitely really bad. For the smoker making a choice between vaping and smoking, the decision is really quite straightforward.

Vaping vs. Smoking Health Risks: Vaping is Much Safer Than Smoking

Public Health England, in their review of the evidence on e-cigarettes, estimated that vaping is around 95 % safer than smoking. For anybody following the scientific evidence, this conclusion wasn’t surprising, but for the public (who generally learn about the research through the media), this contradicted many of their opinions on the vaping vs. smoking issue. As pointed out in the review, around 45 percent of the public don’t know that vaping is safer than smoking.

The conclusion reached by Public Health England was bolstered recently by a report from the Royal College of Physicians. While they pointed out that making a definite prediction of how much safer vaping is than smoking isn’t really possible yet, they argued that the 95 % estimated by Public Health England is probably the maximum risk possible, even accounting for what we don’t know yet.

So for the health risks of vaping vs. smoking, the answer is that vaping is much safer than smoking, based on everything we know so far.

The question of the risks of vaping vs. smoking has largely been answered, despite some uncertainty, but there is another point that’s worth stressing. Although you can choose which additives you use when manufacturing a cigarette, most of the harmful chemicals in smoke come from the smoking process itself rather than what’s added into the cigarette. In other words, the risks of smoking are unavoidable, and can’t easily be reduced by a combustible product.

For vaping, the situation is very different. Temperature control mods enable users to completely avoid the “dry puffs” which are accompanied by increases in the amount of formaldehyde given off by e-cigs, thus making vaping even safer than it was before. Similarly, diacetyl is a flavoring chemical linked to lung disease, present in both cigarettes and e-cigarettes. For cigarettes, this is almost necessary because it masks the horrible taste of smoke, but for e-cigs, it can be easily removed. Respectable juice companies like Black Note refuse to use diacetyl in their e-juice, and even provide lab reports confirming the absence of this and other potentially harmful chemicals.

The key point for the vaping vs. smoking question is that vaping can be made even safer by manufacturing standards and controls on ingredients, but this isn’t possible with smoking.

The benefits of switching to vaping will only be realized if vapers successfully switch to vaping or at least substantially reduce their smoking. So it’s important to ask: does vaping really help smokers quit?

This is one area where evidence is unfortunately quite limited, but there are many reasons to assume that vaping is effective for helping smokers quit. Firstly, nicotine patches, gums and inhalers all help smokers quit, and this has been definitively established by high-quality research. Although this isn’t an air-tight argument, the reasonable conclusion from this is that giving smokers a replacement source of nicotine – regardless of what product it’s in – helps smokers quit. So the abundant testimonials from smokers who’ve quit by vaping are a very good reason to believe that vaping does help smokers quit.

But this isn’t the best form of evidence, especially if we’re interested in how effective vaping is for quitting overall. However, a comprehensive systematic review of the evidence on vaping for quitting smoking (conducted by the highly-respected Cochrane Collaboration) concluded that e-cigarettes do help smokers both quit and reduce the amount they smoke. The low number of studies meant that the evidence was graded as “low” quality overall, but the conclusion was still positive.

We have a more detailed discussion of this here.

Vaping vs. Smoking: The Experience and the Flavor

Although the most important issue for vaping vs. smoking cigarettes is the risks of the two, there is more to consider from a user’s perspective. How does the experience of vaping compare to the experience of smoking? And what about the flavor?

For the experience, vaping is very similar to smoking, but not identical. It’s used in exactly the same way, but the different chemistry and the lack of combustion in vaping means there are some differences. Propylene glycol in e-liquid creates a “throat hit” similar to that you experience when smoking, but it’s still not quite as robust, and vapor is generally cooler than smoke, so it feels a lot different when you inhale. Smoking is also more effective at getting you nicotine, and smoke also contains several other chemicals which increase the addictiveness of nicotine.

For flavor, though, vaping beats smoking hands-down. Not only does e-liquid come in a huge range of flavors, including dessert and fruit-inspired flavors, you can also get much more enjoyment out of high-quality tobacco e-juices. When you smoke tobacco, the flavor of the tobacco is partially masked by the masses of harmful chemicals produced when you combust it. However, naturally-extracted tobacco (NET) e-juice like Black Note takes the authentic flavor directly from high-quality tobacco leaves, providing a much cleaner, more flavorful experience that still captures the complexities and nuances of real tobacco. In a nutshell, vaping is a much better platform for creating delicious tastes than smoking.

Vaping vs. Smoking: The Conclusion

Overall, from a health risks perspective, vaping is much safer than smoking based on all of the evidence we have so far, and the impact of the stuff we don’t know is highly unlikely to change that conclusion. Not only does vaping appear to be useful for smokers trying to quit or cut down their smoking, switching to vaping is almost certainly a way to reduce the risks to your health from your nicotine addiction.

If the choice is between vaping and smoking, vaping is the better option. But the best option is undoubtedly to neither vape nor smoke. 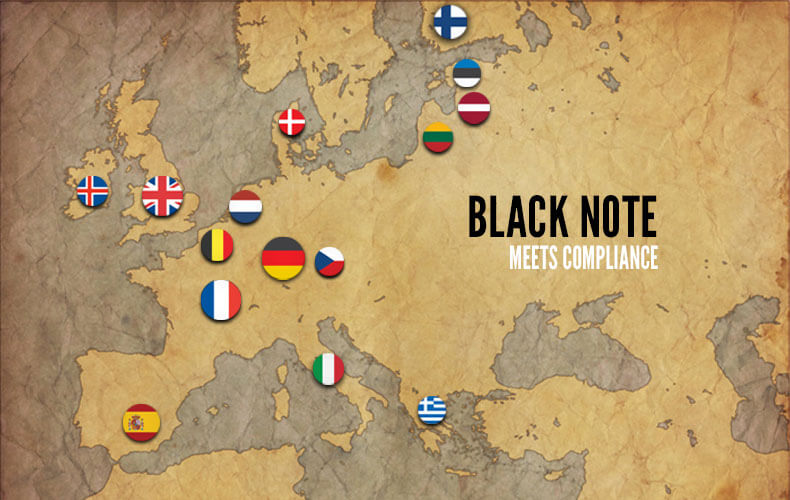