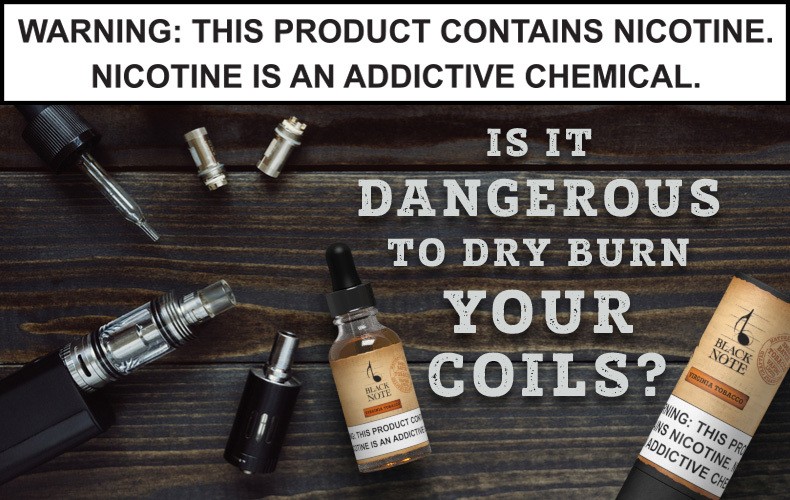 Is it Dangerous to Dry Burn Your Coils?

Finding out about the potential risks associated with specific aspects of vaping is a bit of a minefield. Choose any topic at random and you’ll end up with two types of articles: ones written by anti-vaping people and groups, declaring a state of national emergency about everything from dripping to cinnamon flavorings, and ones written by pro-vaping people and groups that tell you everything is fine. This makes it a challenge to find out what specific things to avoid and which you shouldn’t worry about, but sometimes a scientist steps in to put the uninformed speculation to bed and give us a realistic take on an issue.

The potential issues with dry-burning your coils are one example of where this happened, thanks to Dr. Konstantinos Farsalinos, Pedro Carvalho and Dr. Miroslaw Dworniczak, offering a deep dive into the chemistry of coils and answering the question: is it dangerous to dry burn your coils?

What is Dry-Burning and Why Do Vapers Do It?

Dry burning in the context of coils means firing the coil without a wick or e-liquid so the metal glows hot. There are many reasons to do this, but the most common ones are to check for an even glow (and no hot-spots) when you build your own coil and as a simple way of cleaning an old coil that’s picked up gunk or other debris after being vaped for a while. When vapers make contact coils (where the neighboring wraps touch one another) they also do this to heat the metal and make it more easily pliable. If you don’t build your own coils, neither of these are something you’re likely to do, because if you do either with the wick inserted, you’ll burn it and need a replacement.

This is the key question in this discussion, and the short answer is: more dangerous than vaping with a coil that hasn’t been dry-burned, but still much less dangerous than smoking.

But why? The main issue is what the process of dry-burning does to the coil itself. When you vape normally, there is e-liquid present. This takes energy away from the coil and thereby keeps the temperature lower. This is why if you fire your RDA with the cap off you won’t see the coil glow, but if you fire a coil without a wick or e-liquid, it will start to glow almost instantly. The lack of e-liquid means that all of the energy goes into heating the coil and it reaches much higher temperatures, well over 700 °C according to Dr. Farsalinos and Pedro Carvalho. This increased temperature is the key to why dry burning is different from ordinary vaping.

The extreme heat likely leads to changes in the structure of the metal. It affects the bonds between the metal atoms and possibly changes the grain size, in addition to encouraging oxidation of the coil.

When you dry burn your coil, a layer of oxidized material forms on the surface of the coil, and the specific composition of this depends on the materials used in the coil. For instance, kanthal (the most common coil material) has 20 to 30% chromium and up to 7% aluminum, nichrome is made from 80% chromium and 20% nickel, Ni200 is pure nickel and stainless steel is an alloy of iron, carbon and chromium, with possible smaller amounts of molybdenum and manganese. This leads to oxides of aluminum on kanthal, chromium (III) on nichrome and stainless steel (although it’s unlikely – but not impossible – that the more dangerous hexavalent chromium (VI) could be formed), and a nickel oxide on nickel coils.

This material coats your coil, but can come off during vaping and lead to you inhaling metal particles. Very small amounts of metals have been detected in e-cigarette vapor so far, but this would likely increase the quantities a little bit. Although most talk of “particulates” in e-cigarette vapor conflates liquid droplets with solid particles, this would actually be the latter.

Reasons for Concern: Risk of Allergies

Inhaling metallic particles isn’t ideal under any circumstances, but the additional risk of allergies with nickel coils in particular is a potential issue. Nickel coils are used for temperature control vaping, so dry burning is much less likely to happen, but there is still the potential for oxides to develop if you do dry burn and your coils reach temperatures above 400°C (although this is higher than most TC devices will allow).

Reasons for Concern: Toxicity of Particulates

Finally, the particulate matter itself could be toxic. One example is manganese oxides that you might find in stainless steel coils, which has been shown to cause problems in welders exposed during work. Similarly, if hexavalent chromium did form this would be an issue for the same reason.  These are not things you want to be inhaling in large quantities.

How Dangerous is it?

The issue of metals in e-cigarette vapor was covered in detail by Dr. Farsalinos and colleagues in a separate study. They compared levels of different metals in vapor (based on existing research) with exposure limits for the metals as set by U.S. Pharmacopeia, the Agency for Toxic Substance and Disease Registry and the National Institute on Occupational Safety and Health. For how much you’d be exposed to by vaping, they took an extreme case of 1,200 puffs per day.

The results showed that when metals are present in e-cigarette vapor, the average levels were well within safety margins applied for inhalable medicines and in occupational settings, and within the Minimal Risk Level for manganese (where it was the only standard available). Those tested against USP limits for inhalable medicines were 2.6 to 387 times lower than the limits, and the differences between vaping and occupational exposure limits was much bigger. Only one tested e-cig had chromium (at 30 times lower that USP limits) and one had manganese (at 25 times less than the Minimal Risk Level). Several had nickel, but the average daily exposure was 4.7 times less than the USP limit. Out of the whole test, only one metal – cadmium – exceeded USP limits, but this was only 10% higher and only in one product.

“Based on currently available data, overall exposure to metals from [e-cigarette] use is not expected to be of significant health concern for smokers switching to [e-cigarette] use, but is an unnecessary source of exposure for never-smokers.”

This is the context that tells us about the likely risks from dry-burning. While levels will be increased to some degree, it’s unlikely to really change the conclusion substantially, and definitely not enough to make them as bad as smoking. But that doesn’t change the fact that it does increase the risk compared to a coil that hasn’t been dry burned.

In their blog post on the issue of dry-burning, Dr. Farsalinos concludes:

“[D]ry-burning the coils will not make vaping similar or worse than smoking. This is clear and there is no need for over-reactions. However, we should reach to a point that e-cigarettes should not just be compared to smoking (which is an extremely bad comparator) but should be evaluated on absolute terms. If something can be avoided, vapers should be aware of it so that they can avoid it if they want to.”

This is the key take-away on the health risks of dry burning. And with that in mind…

How to Vape Without Dry Burning Your Coils

Avoiding dry-burning is really easy, because it normally happens on purpose. We have another post on avoiding accidental dry burning – dry puffs – which you can read here, but for rebuilders who dry-burn on purpose, the advice is simple:

How many steps you want to take to avoid dry-burning your coils is really down to you. Personally I still dry-burn to build contact coils, but only for that reason. Given the information above, you might not be particularly worried about dry-burning, so you can continue as you ordinarily would. If you want to avoid it altogether, it is really easy if you don’t build your own coils, and not much more difficult if you do. 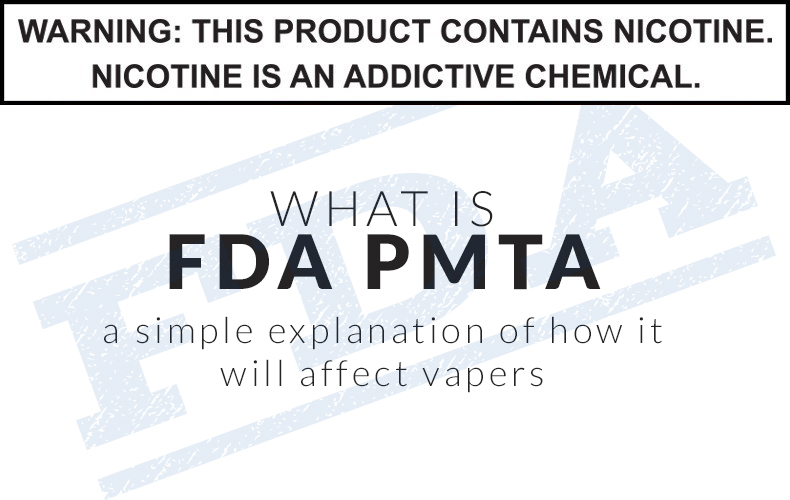 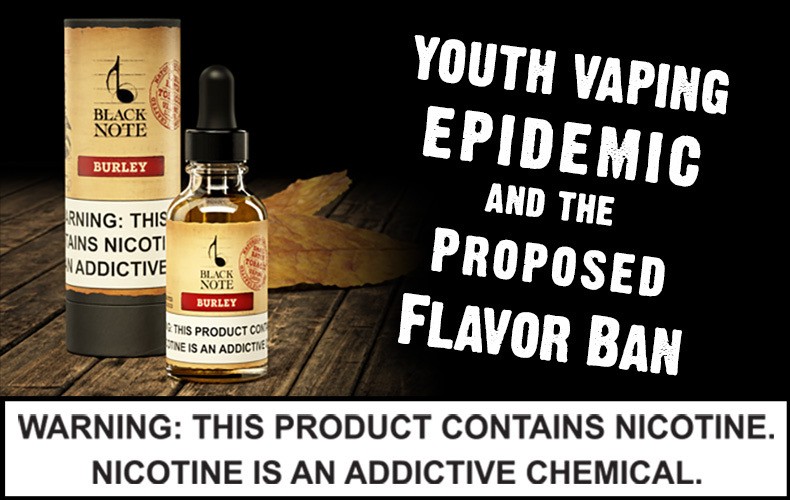 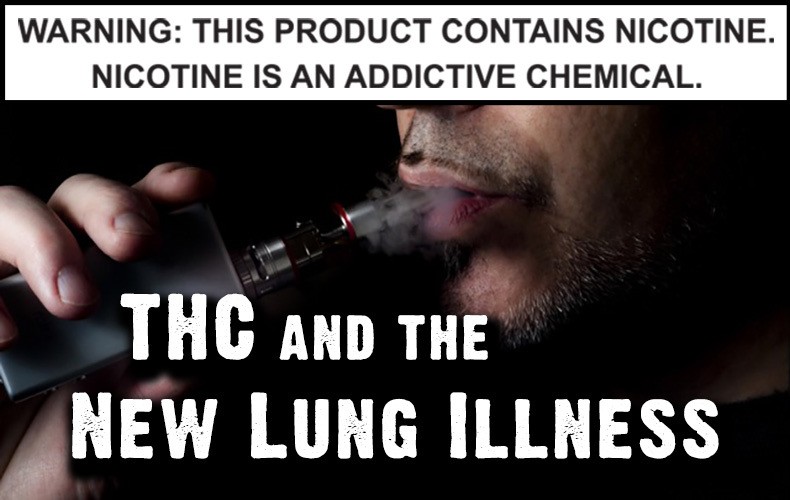